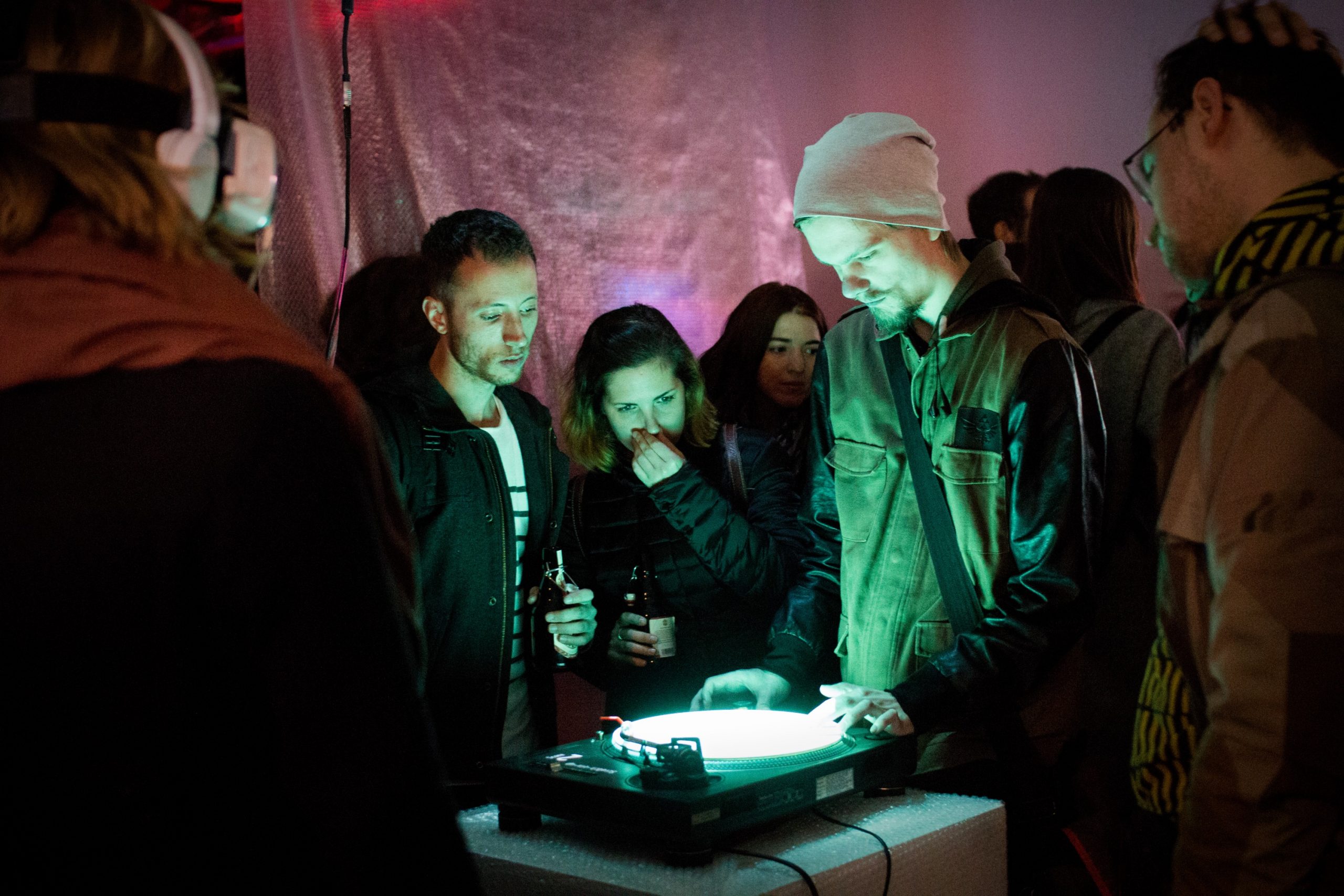 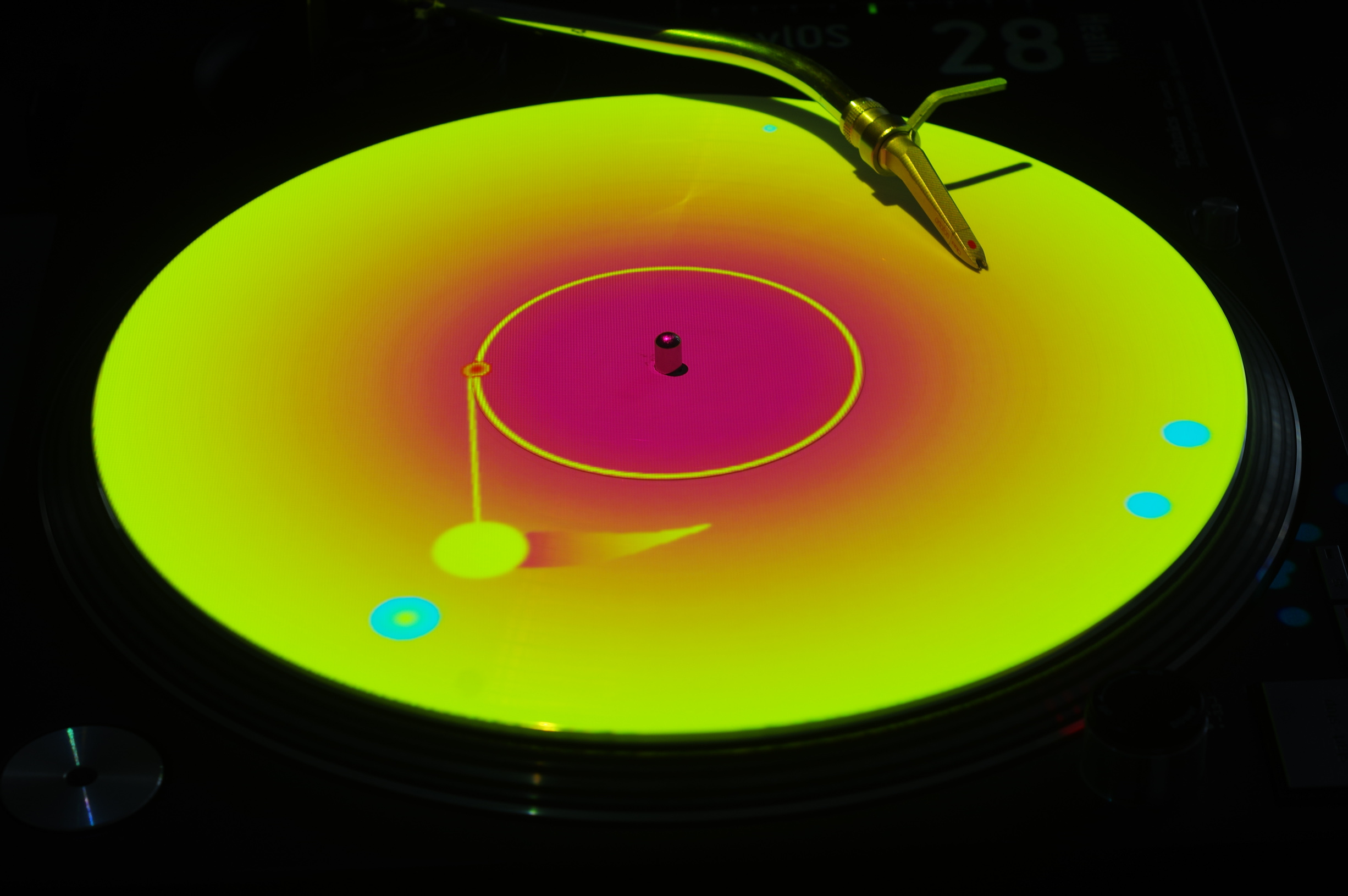 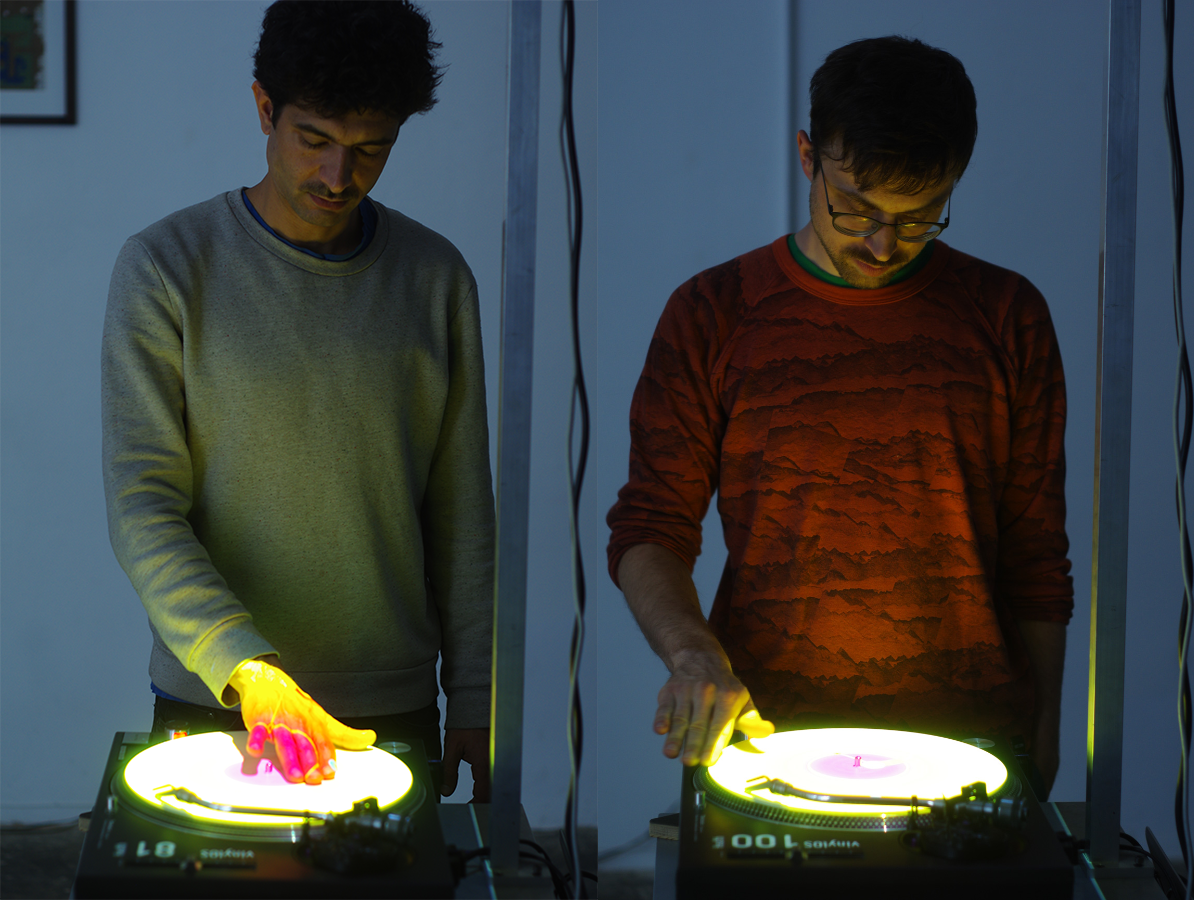 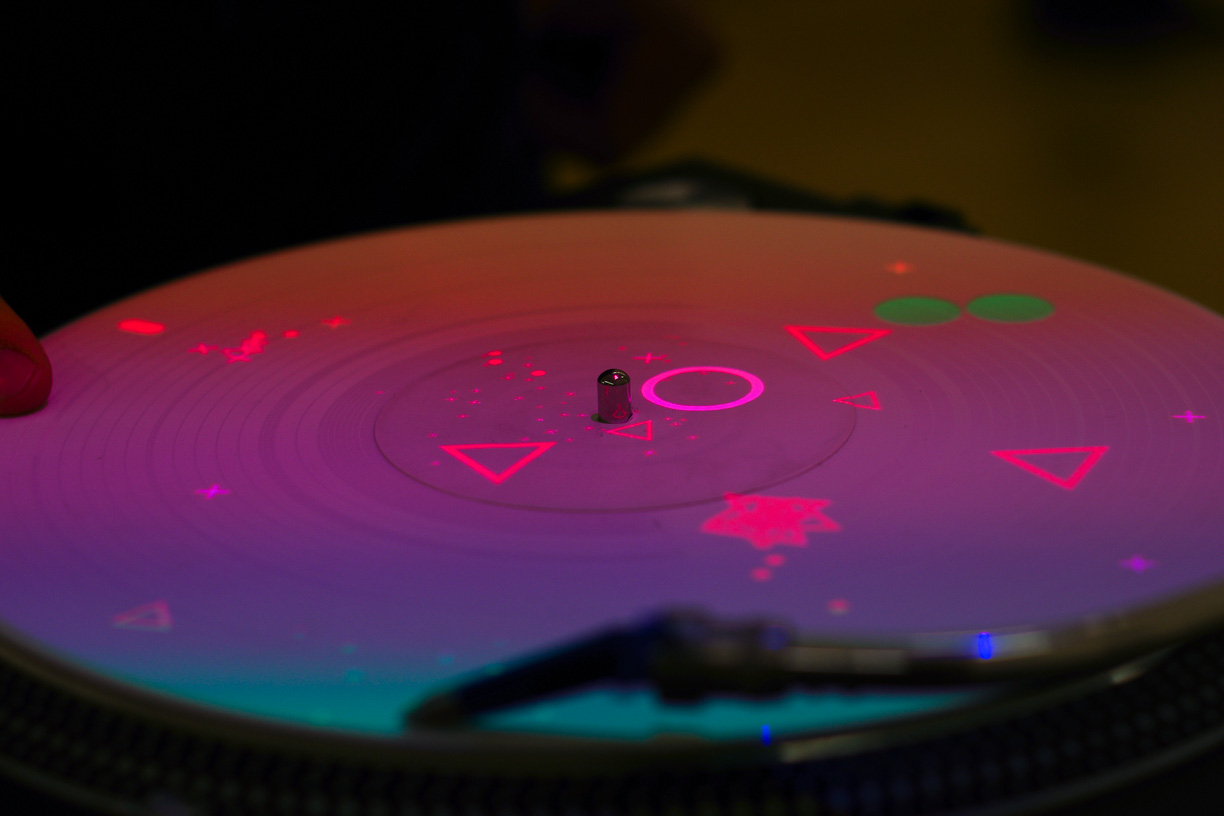 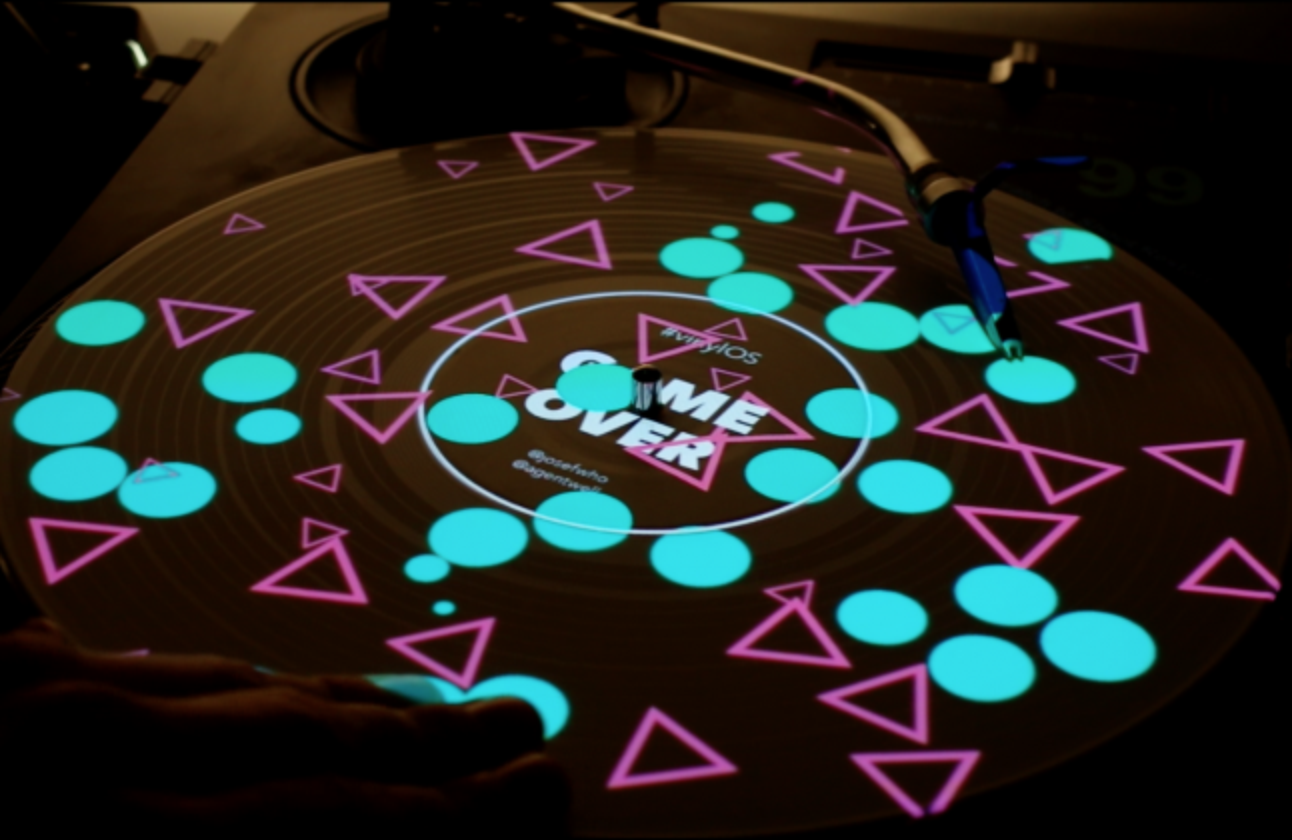 VinylOS is an alternative controller (alt.ctrl) game console and media art installation based on a DJ turntable. The turntable is transformed into a screen by projecting onto it from above. Simultaneously it takes on the role of the input-device: by spinning, scratching or rewinding the vinyl you can control games or other audiovisual content.

By interpreting established game genres and creating new customized ones vinylOS is evolving into an alternative gaming console you have to get your hands on.

Originaly created by Jonas Bo! and Josef Who? (nowadays in the team!) we helped them to develop a flexible and intuitive base so the people can add their own games and creations to the system.